The AQI ranges from 0 to 500; the higher the number, the worse the air quality. While an AQI value under 50 means that the air quality is good, readings under 100 are generally considered to be satisfactory (EPA AirNow). When readings are higher than 100, we worry about the health of sensitive groups, such as people with respiratory problems, the elderly, and small children. Readings between 201 and 500 signal to the public that the air quality is very unhealthy and can have negative effects on everyone’s health.

An AQI value is generated for five major pollutants: ground-level ozone, particulate matter (PM) like PM2.5 and PM10, carbon monoxide, sulfur dioxide, and nitrogen dioxide (NOAA). While all of these pollutants affect air quality, PM and ozone pose the greatest risk to human health in the United States (NOAA). The value that is the highest concentration of the five major pollutants becomes the AQI value for the area.

Individual states and local agencies calculate AQIs. The national standard for acceptable values of each pollutant in the air differs, which is taken into consideration for each calculation. These values are also produced at different times, based on the unique pollutant. For example, the AQI value for ozone is based on an 8-hour time frame, while particle-pollution values are made every 24 hours (EPA AirNow).

The AQI can be calculated both as a forecast and as a nowcast. Like we see in air temperature forecasts, AQI can be reported as a prediction of the AQI values for the next day (forecast) or as the current state of the air (nowcast). AQI forecasts are typically made for PM and ozone levels because of their greater risk to human health (NOAA). An AQI forecast is made from hourly measurements of each pollutant, while a nowcast is an estimated value of the current, hourly measurements of PM and ozone levels in the air AND two different EPA algorithms. Satellites and ground-based measurements are used to monitor the levels of pollution in order to produce accurate nowcasts (NOAA).

When you check the air quality in your area, whether through the EPA’s website, ground measurement sites like PurpleAir or the CEAMS network, you’re most likely reading a nowcast of the AQI.  Whether you use the AQI as a forecast or as a nowcast, you should take its values into consideration when you are planning on doing outdoor activities because poor air quality is hazardous for your health. If you would like to learn more about air quality, here are a few links you can check out:

By Christian L'OrangeThe number and intensity of wildfires in the United States has increased in recent years. An average of ~7 million acres a year have burned since 2000, which is double the 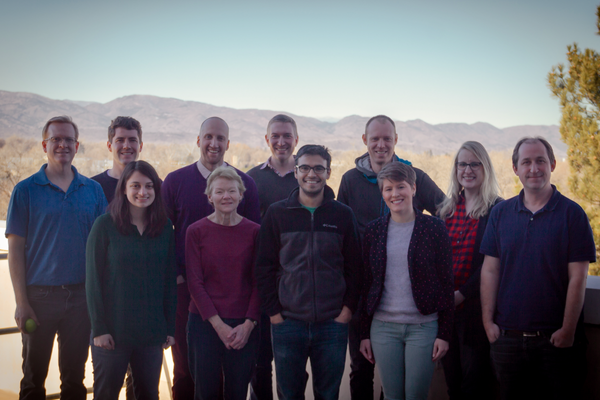 We’re proud to be a large group of scientists from many different fields. Our researchers come from four groups on Colorado State University’s campus, and we'd like to showcase our lab